Q & A: Stories and Standings


I recently received a great set of questions from capsuleer Kenpachi Viktor of Electus Matari. Rather than answer privately, I decided share our discussion with everyone else who might be interested in ways we can further develop storytelling in EVE Online.

*Please note: The opinions and views expressed in this conversation are those of the players, and not of the characters*


Ken:   For me a game is comprised of 3 things: Story, Art and Mechanics. EVE is very strong in all 3 over all, but in recent expansions, art and mechanics have gotten a lot of love, with story only getting what ever was needed to justify the mechanics Do you see the need for CCP to maintain a focus on their stories in EVE?

Hans:   There has been a lot of care and detail written into the backstory supporting the EVE universe, I don't want to CCP ever stop fleshing out the universe they created through additional chronicles and lore tidbits. I especially enjoy that many of the stories are written from the vantage point of "the little guy", such as the two humans complaining about the recent change in ownership at a customs office in Welcome Party. Writing stories at this scale protects the right of capsuleers to shape the larger narrative themselves.

One specific way I'd love to see story being supported by CCP in the near future is through the use of Live Events.  These have been overwhelmingly well-received, and since a heavy lore component accompanied the original rollout of Factional Warfare, I would love to see a new set of storied events update the lore while ushering in the latest set of changes to the war zone.  Despite the erroneous
stereotypes still in circulation, role play within the militias remains at an all time low.  A successful Faction Warfare expansion should include elements that encourage role play to take up its former place as a major contributor to the scene.

Ken:   There have been 2 novels written by CCP TonyG. These reduced CCP's story of EVE from lots of little factions to a deus ex machina. This upset all the role players that were engaging with CCP's stories out side of heavily scripted ones such as missions, incursions, and faction warfare. What direction(s) would you like to see CCP take their stories?

Hans:   Again, while I appreciate the care and detail put into imaginative efforts like Empyrean Age, Burning Life, and Templar One, ultimately I think we need to be careful about treading on the opportunity for players to shape their own story arcs. CCP prides itself on not being a "theme park" MMO - but they need to understand that walking through a theme park is precisely what an original novel can feel like to the role play community.

Ultimately, I would be thrilled to see EVE novelizations take a different direction. The bottom line is, there is enough substance within "real" in-game events, that there is no reason that these can't be documented and uplifted as rich pieces of science fiction.   If the events described actually transpired, is "fiction" even still the appropriate term for such literature? 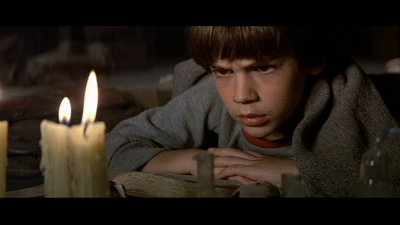 They were counting on me to fly through 200 klicks of open space
directly into a wall of gunfire. My hands...were shaking...I didn't
think we were going to make it!   But there I was - flying through
the whole pack of them.

This is the kind of question that will really inspire someone picking up an EVE novel at a bookstore. A Science Fiction fan that had never played the game might read a riveting tale and realize they can be a part of that universe, and star in the next story to be published. For those of you familiar with The Neverending Story, you'll know what I mean when I say I want a reader to fall in love with New Eden the way Bastian succumbs to Fantasia.*

Ideally the work of the EVE novelist should be that of a journalist – analyzing battle reports, interviewing characters, studying the economy, reviewing interconnected player-written blogs and reflections, and piecing them together into story enjoyable by readers who may not know a single thing about the game itself.

Ken:   Faction warfare allowed people to join an NPC faction out side of the starter corps, and align themselves with one of the 4 main NPC entities. Do you support the introduction of joining all the minor factions such as the Angels, Sansha, or even the EoM; even if they have nothing to officially fight over?

Hans:   I see no reason why eventually capsuleers shouldn't be able to align themselves with any NPC faction in some practical manner. Obviously deepening player involvement with NPC's takes time, so there are the obvious issues of resource allocation and order of priority. But ultimately if an NPC entity exists in EVE I want to see players allowed to enlist and support its work. What if you could join CONCORD and be rewarded for punishing outlaws? What if you players could set up Sisters of Eve sanctuaries in remote areas of space, providing supplies to those in need that were far from home? What if you could enlist as a pirate faction member and actually fly alongside NPC's in a new flavor of Incursion? The possiblities are endless.

Care should be taken that the lore CCP provides to support the game does not cast us as the servants of human empires or mere passengers in the flow of storied events.   The important thing to remember is that capsuleers are immortal gods that shape the universe - we are the most powerful beings in New Eden and should always play the starring role.

Ken:   Faction standings currently only affect player-NPC interactions, and really only access to agents. Would you support changes to faction standings to make them affect belt rats, station access, as well as faction standing gains and losses from shooting other players, that are not officially in a militia?

Hans:   Whenever I discuss Faction Warfare improvements, I talk about the need to address the low-hanging fruit first. Having faction-owned stations in a system fire upon enemy milita members just make sense. I am a little more dubious about something like fully restricting station access, as I feel that crosses the line in hampering casual PvP in what will be ideally a dynamically fought over set of territories.

But restricting station services? Sure thing. If the Tribal Liberation Force invades Huola and sets up shop in the 24th Imperial Crusade station, our marines should be able to hold the Amarr agents as prisoners of war, and "incentivize" Scotty and his docking crew / repair team to be more discriminating about who they will do business with.

For neutral pilots not enlisted in a militia or pirate faction, I'd still love to see PvP kills affect standings with that corp or entity. Standings are a vastly underutilized role playing tool, not only in terms of how capsuleers engage each other diplomatically with arbitrary settings, but also the metrics derived from player actions that should cause the NPC's of the universe to respond to them in as many ways as possible.

Ken:   Currently there is no way to gain standings other than by doing missions, or handing in tags. Would you support changes to standings to include pvp, and use of a faction's station(s) for market activity and mineral refining as ways of gaining standings with a corp and their faction.

Hans:   A classic example of the kind of change I'd like to see is the ability for players to hunt outlaws and increase their status with CONCORD. A player with positive security status killing an outlaw is contributing to the regional anti-piracy effort in a much more meaningful way than he is by popping a belt rat, and yet its the latter we encourage through the mechanics.

By now I hope readers have noticed something really significant – we've been completely talking about story, standings, and conflict in terms of spaceships blowing up other space ship. EVE is not merely a combat simulator, however. Research, Industry, and Trade are of equal importance and its a shame that the only way to build standings with an NPC corp is to run missions, or shoot its enemies. EVE should be playable purely as an industrialist – with plenty of ways to engage in these activities and support NPC corporations without being forced to play truck driver or hitman. What if scientists could sacrifice a POS slot and research a specialized blueprint redeemable for standings? I want players and veterans alike to have ways they can merge game play and narrative without needing to fit weapons on their ships.

*Imagination should always be enjoyed responsibly.  I am in NO WAY suggesting Goons start tracking down pilots out of game so they can play "throw the pubbie in the dumpster".

Posted by Hans Jagerblitzen at 11:07 AM

If you only have 6 minutes to make up your mind.....
Complete platform document
See who else is supporting Hans Jagerblitzen and hear what they have to say.
Missed an interview or debate? Catch up on my media appearances here.